Since launching our programme of residential piano courses at the beginning of the year, the music of Chopin has been gently resonating within our 300 year old walls.

Chopin was born in 1810, a century or so after Finchcocks was built, but somehow his early romantic style sits comfortably within the baroque architecture that envelopes it.

Chopin’s nocturnes, like this one in E-flat major, with its ornamented simplicity and rhythmic freedom, were intended to be somehow evocative of the night. 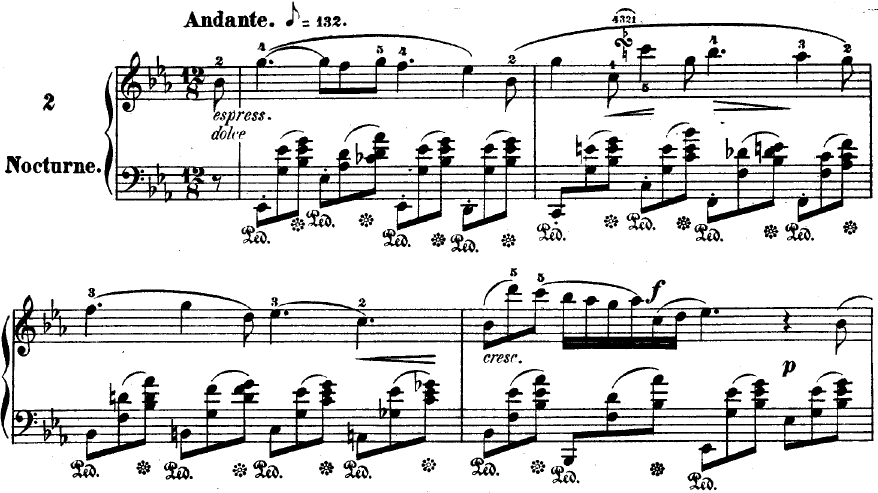 His preludes on the other hand, were conceived as improvised introductions to the many recitals that took place in the intimate setting of the Parisian Salon, whilst his etudes were designed to develop technique. He also penned mazurkas, waltzes, impromptus, scherzos and sonatas but practically everything he wrote was for the piano.

Nearly all of Chopin’s music was composed in the last two decades of his short life, but his musical legacy is a much loved body of work that is treasured by amateur and professional pianists alike.

Much of Chopin’s music is accessible to non-professional pianists. And indeed on our intermediate and advanced courses, nearly everyone brings a piece or two by Chopin. The thing is, even if you can play the notes, it’s really quite hard to do a decent job of the phrasing and articulation and achieve anything that approaches the melodious and elegant qualities that must have been features of Chopin’s own playing.

However, help is at hand.

We’re really lucky to have the privilege of welcoming Warren Mailley-Smith to Finchcocks in the coming months.

Warren knows Chopin better than almost anyone else on the planet, and became a hero within the musical world by memorising 3.5 million notes and performing Chopin’s complete works for solo piano at a series of concerts in London in 2016.

This is him in action:

Warren has put together a course that is designed to help intermediate and advanced pianists develop their understanding of Chopin’s work and improve their performances of his repertoire.

A highlight of the course is likely to be Warren’s own recital on Saturday night. Warren will combining music from various points in Chopin’s life with a historical commentary that will help us understand the underlying emotions found in Chopin’s music.

In between the workshop and masterclass sessions there will be time for private practise on one of our beautiful grand pianos. During these sessions, Warren will drop in to each of the practice rooms to provide individual pointers and tips.

The course is intended for intermediate to advanced players who are keen to bring their favourite works by Chopin to life. It might well be that there’s a prelude that you’ve been struggling with for years that you would desperately like to perfect, or equally there might be a Waltz that you have always wanted to play, but haven’t yet had the chance to really work on. Budding Chopin devotees, this is your moment!

Don’t hesitate to drop us a line using the form below if you would like to find out more.